If you are facing a criminal charge, you need an experienced defense lawyer who is going to truly fight for you.

You cannot gamble with the quality of representation you are going to get when facing a criminal charge. So, let us go over your options about getting a defense lawyer. 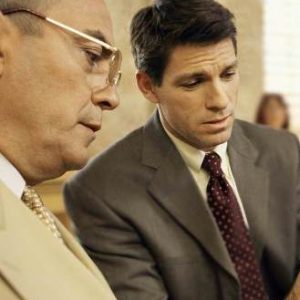 Option 3: Take the time to find the right lawyer to defend you.

First and foremost, ask the lawyer whether he/she is in the Stafford County Courts regularly.

Second, ask the lawyer how many cases like your case has the counsel handled?

Third and most importantly, trust your instincts. If the counsel does not make you feel comfortable, then don’t go any further.

Hiring Tip: The most expensive counsel is not the best. Also, don’t hire the cheapest counsel you talk to.

Also, look at the level of manpower the law firm you are talking to has to devote to your case.

The following are some of the different questions clients ask us when charged with a crime:

SO WHAT MAKES A SRIS LAW GROUP counsel DIFFERENT?

The answer to this is very simple. When you talk with us, you will hear and feel the difference. We will actually take the time to listen to you and not pressure you to hire us. If we don’t think we are the right defense counsel for you, we will tell you.

Also, at the SRIS Law Group, the counsel you hire is the one who will show up to court for you. You will not get a rookie who gets the case file the morning of your court case.

Why is this important? Because your future depends on the outcome of your case.

Also, consider the experience we bring to the table. Almost every one of us defense attorneys are former prosecutors.

Don’t take a chance with your case. Call us today for help with your defense.

The following is a case that is illustrative of a case:

Laura L. Foster appeals her misdemeanor conviction for uttering a bad check, Code § 18.2-181. She maintains the statute of limitations, Code § 19.2-8, barred her prosecution. We affirm her conviction.

Generally, felonies are not subject to a statute of limitations.

At early common law, larceny was the only theft crime, but it required a taking from the possession of another. New crimes such as embezzlement and false pretenses developed to fill the gaps caused by the intricacies of proving possession in larceny prosecutions. See Roger D. Groot, Offenses and Defenses in 284, 503 (2004). In 1847-48, the General Assembly began enacting statutes that declared persons who committed various acts of theft “shall be deemed guilty of larceny thereof.” 1847-48 Va. Acts, ch. 4. It employed that legal fiction in an effort to consolidate the law of theft and to eliminate the “indistinct,” “almost imaginary” differences in what “all amount to a crime and fraudulent conversion by one man to his own use of another man’s property.” Anable v. Commonwealth, 65 Va. (24 Gratt.) 563, 580-81 (1873) (Moncure, P., dissenting). The General Assembly has continued that practice to the present. 2003 Va. Acts, ch. 733.

Code § 18.2-181 declares that any person who utters a bad check “shall be guilty of larceny.” The defendant concedes she was convicted of larceny, but she argues her conviction was not petit larceny to which the five-year limitation applies. She argues that Code § 18.2-96 defines the term “petit larceny,” and only violations of that single code section receive the five-year statute of limitations.

The Statute of Westminster I, 3 Edw., ch. 15 (1275), first created the classifications of petit and grand larceny and distinguished the two by the punishment prescribed. “Both were felonies.” Bell v. Commonwealth, 167 Va. 526, 531, 189 S.E. 441, 444 (1937). Grand larceny and petit larceny were not different crimes, but they were penalty gradations for the single offense, larceny. “At common law, there was no distinction between grand and petit larceny except in the punishment, which was death in the one case and whipping in the other, — by statute extended to transportation for seven years. 4 George 1, chapter 11, 4th Blackstone, pages 229, 238.” Id. The term “larceny” includes both petit and grand grades of the offense.

Despite the “frequent raising and lowering of the degree of crime dealt with,” the bad check statute has retained a uniform, “practically identical” definition of the crime. Cook v. Commonwealth, 178 Va. 251, 256, 16 S.E. 2d 635, 637 (1941) (tracing the evolution of the bad check statute). From its first enactment, the bad check statute encompassed both the misdemeanor and felony grades of the crime with the term “larceny.” The statute punished the taking of property with no intent to pay for it as a form of larceny, and it adopted the gradations applicable to larceny. “The giving of bad checks for what purports to be cash purchases is discouraged.” Page, 168 Va. at 452, 191 S.E. at 681.

The 1934 Act consisted of a single section of the Code broken into three numbered paragraphs. “The first paragraph of the statute, containing the definition of the offense and designating it as larceny, remains virtually unchanged since the statute was originally passed by the General Assembly in 1920.” Bray v. Commonwealth, 9 Va. App. 417, 422, 388 S.E. 2d 837, 839, 6 Va. Law Rep. 1335 (1990). The “Third” paragraph, which created the inference of intent, is unchanged, but now appears as separate Code § 18.2-183.

Any person who, under the provisions of this act, would be guilty of grand larceny shall, in the discretion of the jury or court trying the case without a jury, be confined in the penitentiary not less than one year nor more than five years, or be confined in jail not exceeding twelve months and fined not exceeding five hundred dollars.

Code § 18.2-181 now prescribes the penalty for both the misdemeanor and felony grades of the offense. The misdemeanor offense required a separate penalty provision after misdemeanors were divided into four classes. 1975 Va. Acts, chs. 14, 15. A more important reason for including penalty provisions for both misdemeanor and felony grades is to clarify that the face amount of the check determines the grade of offense. It eliminates a problem that arose as intangible property became a common object of the various acts of larceny.

The wording of the statute provides no definition of “petit larceny.” The first provision fixes the monetary boundary between felony and misdemeanor larceny from the person. Larceny from the person has never been a form of simple larceny, though petit larceny is. Larceny “is distinguished by the law into two sorts; the one called simple larceny, or plain theft unaccompanied with any other atrocious circumstance; and mixt or compound larceny, which also includes in it the aggravation of a taking from one’s house or person.” Blackstone, supra, at 229.

Code § 18.2-96 merely designates the monetary standard for the misdemeanor grade of two forms of theft, larceny from the person and simple larceny, and prescribes the penalty for the lower grade of the crimes. As with other common law crimes, case law as rendered over time establishes the elements of the offenses and gives definition to the term. Code § 18.2-96 does not define the term “petty larceny” as a term of art. It simply prescribes the penalty for two forms of misdemeanor taking.

The statute of limitations applies a five-year limitation to prosecutions of “petit larceny.” That term means the misdemeanor grade of larceny. The punishment imposed for any offense determines its grade. Code § 18.2-8. Offenses punishable by death or imprisonment are felonies; those punishable by jail or fine are misdemeanors. Benton v. Commonwealth, 89 Va. 570, 572, 16 S.E. 725, 725 (1893). Petit larceny has never borne the penalty of death or imprisonment. It is the misdemeanor level of those acts that the General Assembly defines as larceny.

The defendant concedes that her rationale would mean the five-year statute of limitations would only apply to violations of Code § 18.2-96. The long history of designating various unlawful takings as larceny shows the General Assembly did not intend such a restrictive meaning. “We are required to adopt the plain meaning of the statute rather than a curious, narrow or strained construction.” Sylvestre v. Commonwealth, 10 Va. App. 253, 257, 391 S.E. 2d 336, 339, 6 Va. Law Rep. 2281 (1990). To do so, we hold the General Assembly intended the five-year statute of limitations to apply to misdemeanor bad check offenses.

The General Assembly defined uttering a bad check as larceny. This offense involved uttering a check of $140.88. The penalty for the offense makes it a misdemeanor. By designating uttering a bad check to be a form of larceny, Code § 18.2-181 makes the misdemeanor grade of the offense a form of larceny. The lesser grade of larceny has been known as petit larceny for centuries. The trial court correctly applied the five-year statute of limitations applicable to this misdemeanor violation of the bad check statute. Accordingly, we affirm.

We have extensive experience in corporate law and offer legal assistance for corporations.

We offer legal assistance on homeownership, renting and other real estate issues.

We will be happy to help you in various banking and finance issues with legal assistance.

We have experts all over the world and they are ready to
help you anytime and anywhere. 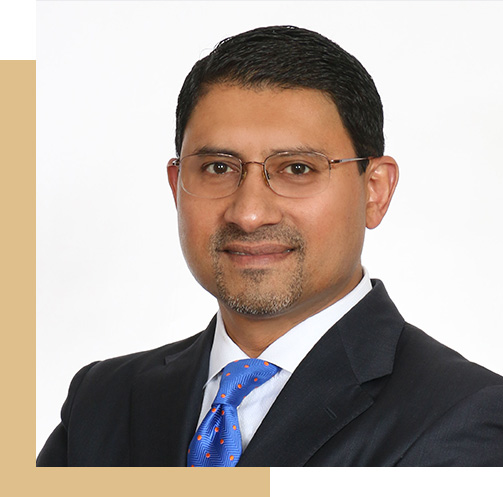 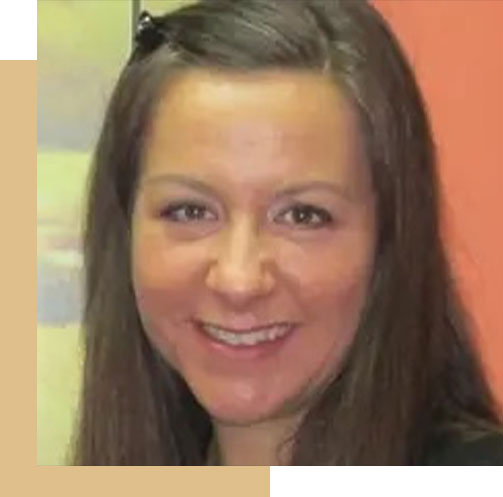 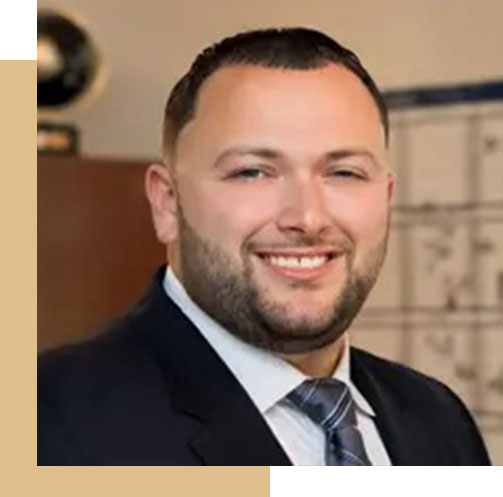 We are serving at decent and acceptable pricing in town

We provide a great complex approach to ligitation We play a leading role in town’s social activities 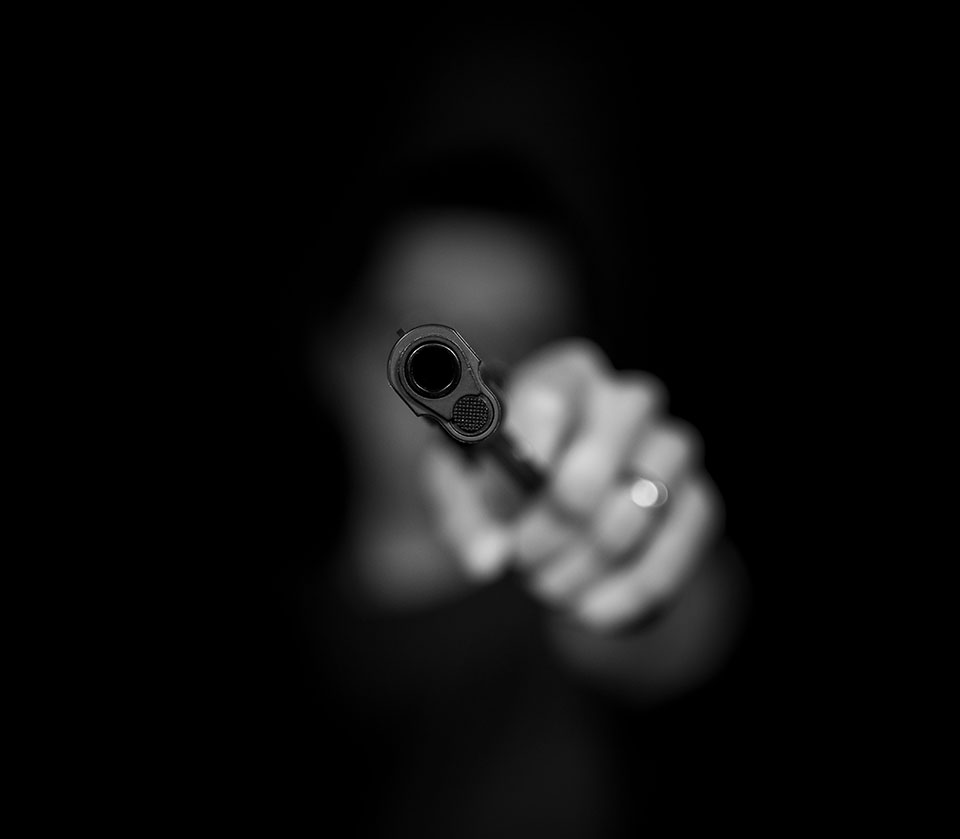 Member And Associate With